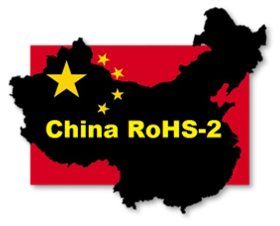 Last month, China's Ministry of Industry and Information Technology issued updates to part of China's RoHS legislation as well as a Stay of Execution for other parts.

Meanwhile, another part of the legislation, Electronic Information Products Pollution Control Regulations (SJ/T 11364-2014), is currently being revised by Ministry management. The ministry has issued a hold on the execution of this legislation until revisions are complete.

12 Product Categories To Be Covered by China RoHS-2

China RoHS Gets Its Recast: What You Need to Know About China RoHS-2

China RoHS Gets Its Recast: What You Need to Know About China RoHS-2