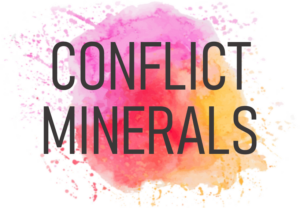 Conflict Free Sourcing Initiative (CFSI) has released Conflict Minerals Reporting Template (CMRT) version 4.10, an update from CMRT 4.01b which was released in November 2015.

CFSI lists some of the "major changes" included in CMRT 4.10:

CFSI strongly encourages the use of CMRT 4.10 for the current reporting year: 2015. Compliance data from 2015 is due to be filed with the SEC by May 31, 2016 for companies affected by the conflict minerals law.

The new CMRT 4.10 forms can be downloaded here.

With the due date for 2015 reporting at the end of this month, there is no time to delay. We will provide you with a free risk assessment when you submit your information. Our Conflict Minerals data services and Smelter Validation service enables you to focus on your core competencies while we collect and validate your conflict minerals data.

For existing GreenSoft customers
Existing clients of GreenSoft can rest easy knowing that the GreenSoft software development team and data collection team will take care of this update for you.